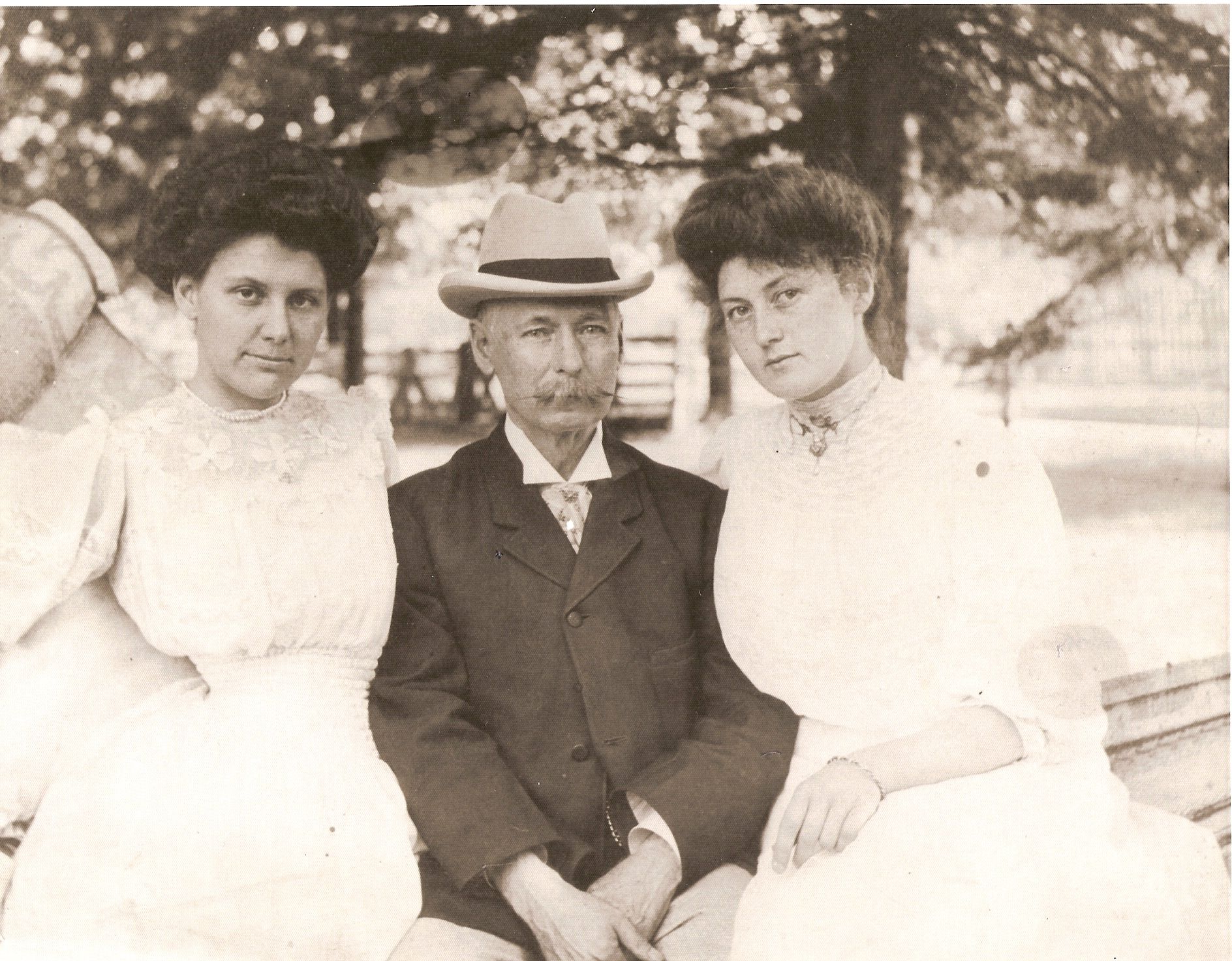 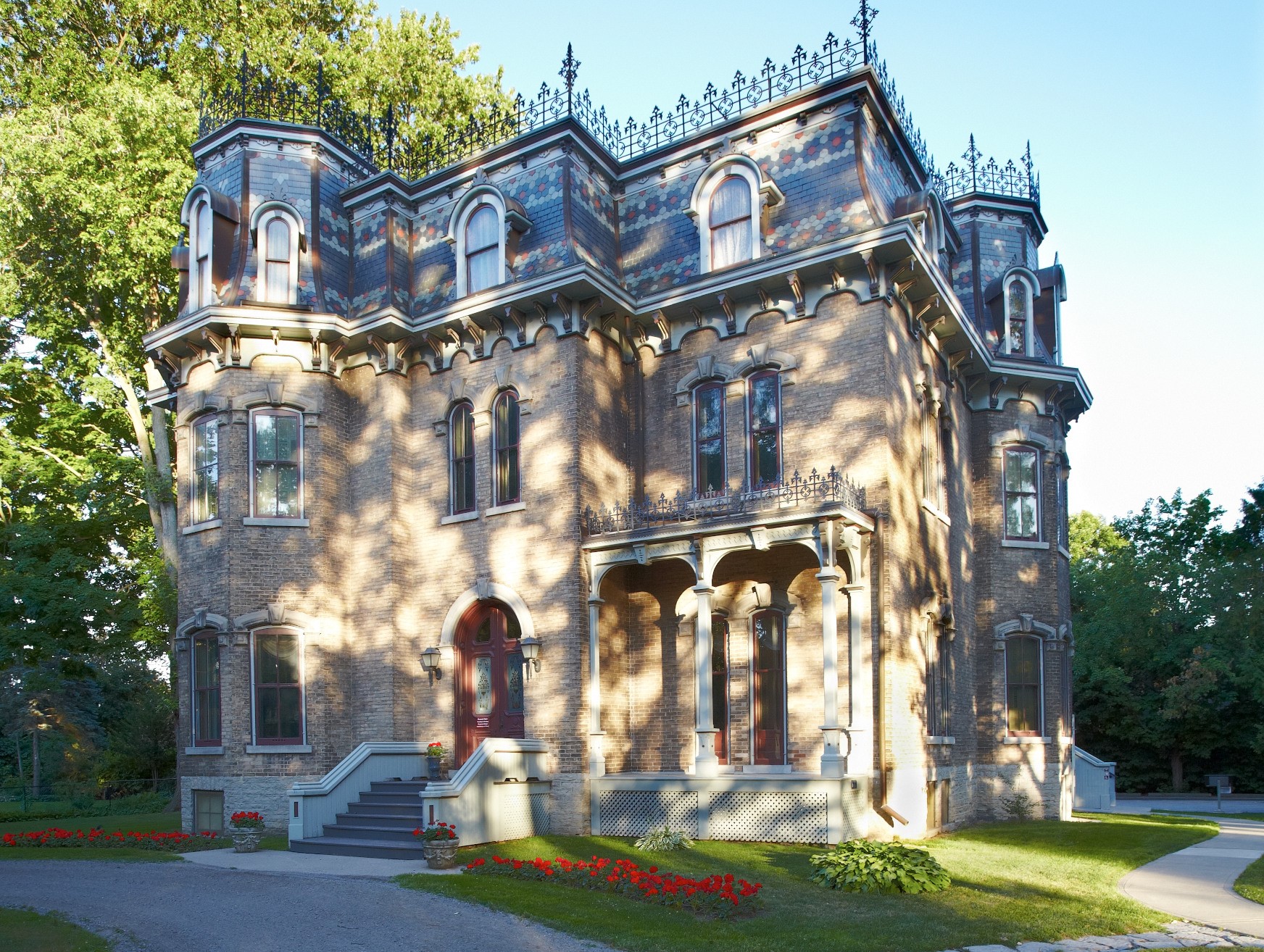 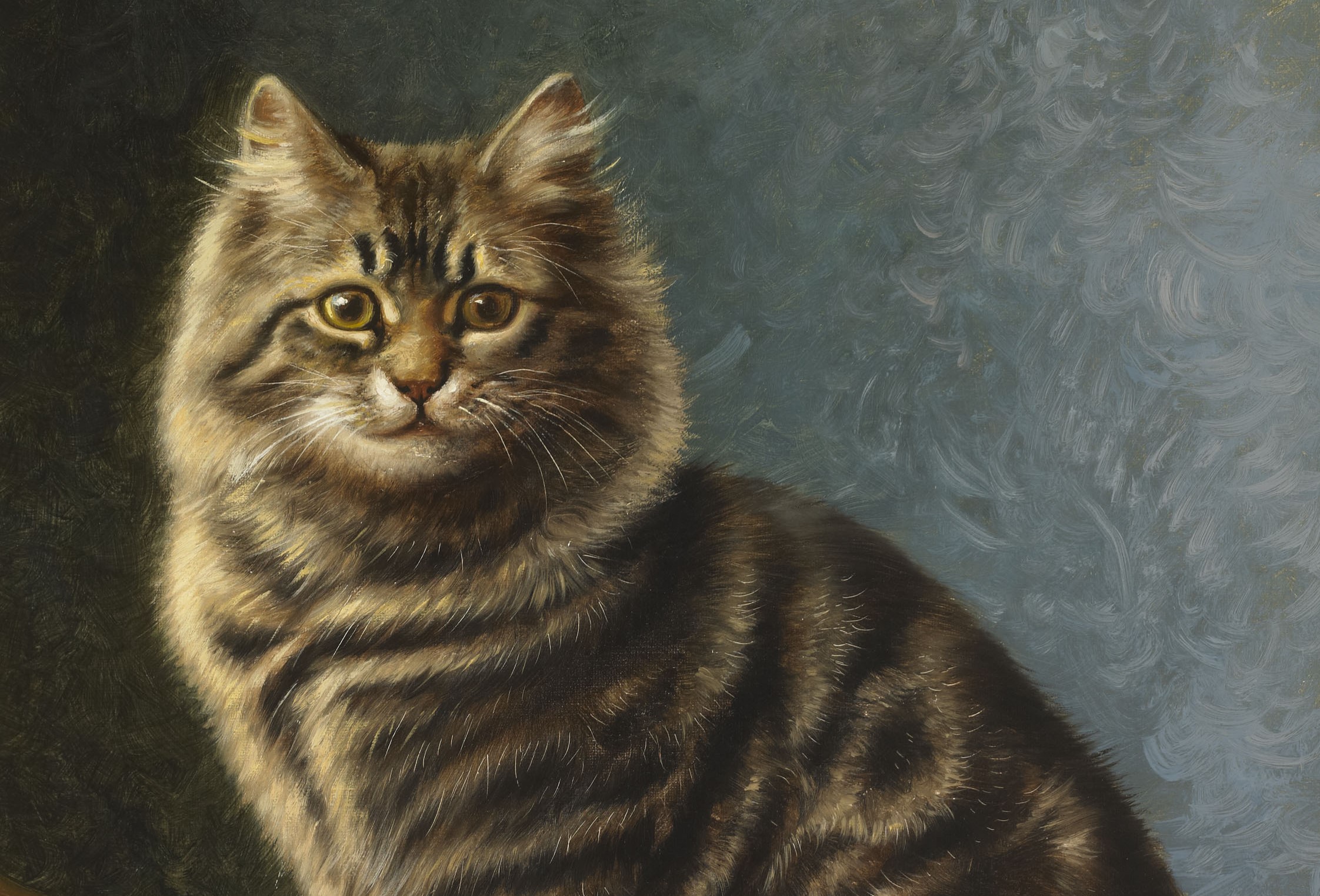 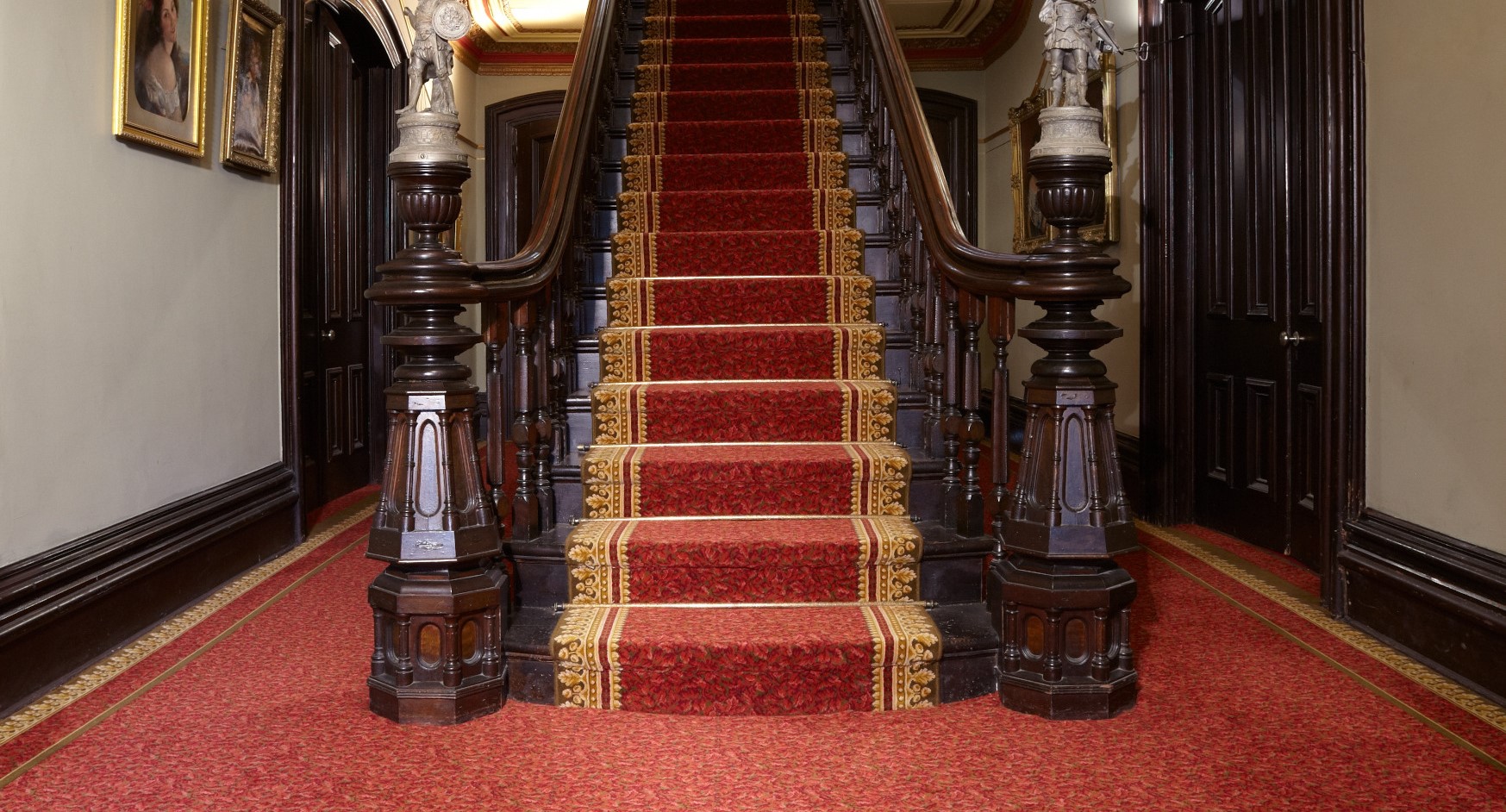 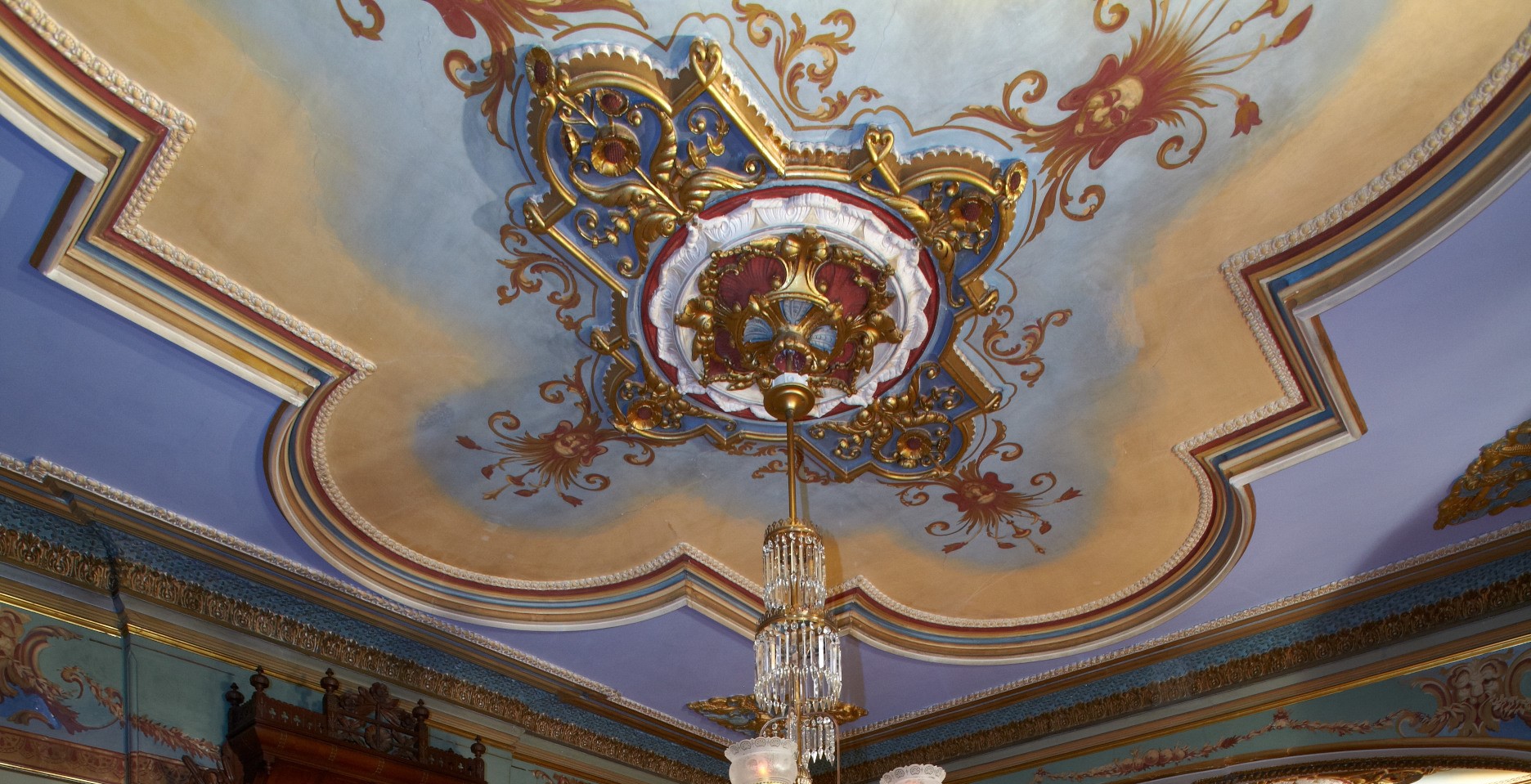 Four generations of the Phillips-Burrows-Faulkner family resided at Glanmore from the time it was built in 1883, and the continuity of ownership ensured the preservation of the building’s original character. While still a private residence Glanmore was designated a National Historic Site in 1969. The designation was in recognition of its outstanding Second Empire style of architecture, which emerged in Napoleon III’s France and became quite popular in 1870s and 1880s Canada. Glanmore’s grand interior, thanks to many meticulous restoration projects, features beautiful hand-painted ceilings, ornate woodwork and historical artifacts.

The museum’s impressive period-rooms display beautiful original furnishings, known as the Glanmore Collection (or Phillips-Burrows-Faulkner Collection), as well as exceptional objects from the Couldery Collection.

The Couldery Collection is named for Bertram and Cecilia Couldery. Originally from the United Kingdom, they travelled through this region in the 1880s, and decided to keep a second home in Belleville. The Coulderys actively collected fine art and antiques that have now found a permanent home at Glanmore National Historic Site. Many of the paintings on display at the Museum are attributed to the Couldery family, including those by Bertram’s older brother Horatio (1832-1918). His Victorian animal paintings at Glanmore are considered one of the most extraordinary collections of its kind in the world.

In addition to preserving and presenting artifacts and stories related to Glanmore’s storied history, and the splendor of the Couldery Collection, the museum is also proud to serve as Belleville’s community museum. It actively collects and interprets artifacts connected to the history of Belleville and region, known collectively as the Regional Collection. Glanmore is also home to the William Sawyer Portrait Collection, the Manly MacDonald Collection (art and household objects connected to the artist), and the Paul Lighting Research Collection (artifacts depicting the history of illumination.)

Throughout the year, Glanmore hosts heritage-based exhibits, programs and special events for the public.

Winsom Winsom: The Masks We Wear at the Agnes Etherington Art Centre

Pamila Matharu: Where Were You in '92? at the Agnes Etherington Art Centre